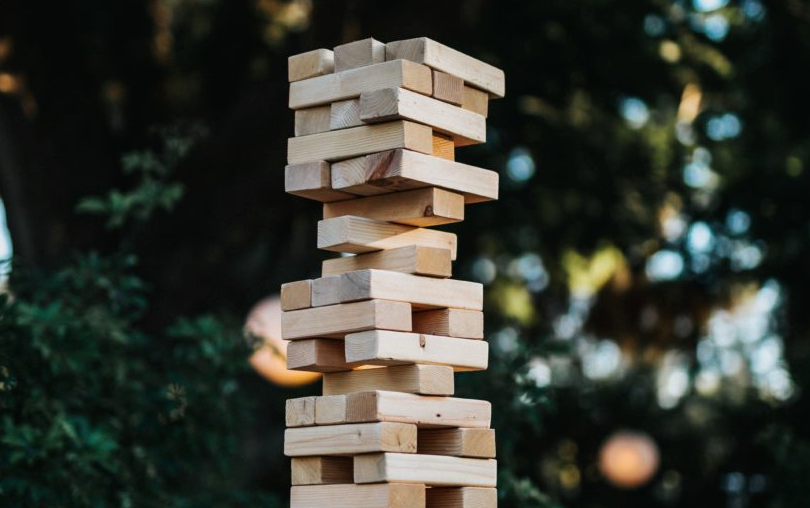 Experts and muggles alike are trying hard these days to crack the psychology behind building healthier habits. From gamification in apps to studying human behavior psychology, I feel we’re missing the origin of a healthy habit. Healthy habits aren’t something we build in a vacuum. They’re a DIRECT RESULT from creating and nurturing a healthy culture. Healthy habits are born from healthy cultures and unhealthy habits, more or less, are born from unhealthy cultures. Of course the lines get blurred, because no human is perfect, but habits are the behaviors we practice consistently and a strong predictor of our future health and well-being. It’s quite simple and we’ve got a lot of culture experts out there who understand this “umbrella” of culture very well. We’re changing the conversation and perspective on long-term wellness, but it’ll take time. I want to share two great examples of this and then provide some real world suggestions next time to use in any organization (including the family unit), because our personal and work life cultures are so intertwined and we’d be remiss to only focus on the workplace.

I’ve defined culture many times, but, briefly, it’s not this ambiguous idea we’re just born into. We each play a role in the culture that surrounds us and, therefore, a responsibility to understand what culture actually is. Culture is a combination of our behaviors, beliefs, values, environment, and purpose. It’s the very core of our life, isn’t it? We nurture or neglect it. We contribute or detract, but it’s there no matter what we believe about it, and it directly affects our habits. We’re more creatures of our culture than we are creatures of habit. Habits are born from culture–got it? Let’s move on to two solid examples of how this plays out in the real world!

In 1965 the Surgeon General started putting health warnings about cigarettes on packages. This means that many scientists and doctors knew about the dangers of tobacco use far before it became the Federal Cigarette Labeling and Advertising Act. In fact, experts knew cigarettes weren’t healthy in the 1940s and 50s, but it didn’t become part of the culture until much later. Plus, the tobacco manufacturers fought the truth from becoming more public as long as they possibly could. Pregnant moms still smoked regularly throughout mid-century America, many airlines allowed it in flight until 1990, and restaurants didn’t create smoking sections until the late 80s! It wasn’t the science or scary statistics that changed people’s minds about smoking, it was the cultural attitudes (behaviors and beliefs) about smoking that really pushed the trend downward.

Who wants to be forced to a smoking section away from their friends or not be able to enter a bar that’s banned smoking indoors? Once people began viewing smoking as a negative behavior, smoking rates declined. We still have far too many Americans that smoke today (roughly 34,000,000 according to the CDC), but the good news is that in the 18-24 age category, it’s the lowest it’s ever been. Vaping or e-cigarette use is certainly up, but the science is out about that, and it’s only a matter of time, in my opinion, that we see a decline in usage as the culture catches up. Smoking rates are down a whopping 67% since 1965 but the largest leaps took place in the 90s and since 2000. Most people I know who smoke spend time with other smokers. Most people I know who do not smoke spend time with other non-smokers. This is a big generalization for sure, but it’s one to consider. Birds of a feather, right? That’s the same thing as saying we practice habits that are approved of in our respective cultures.

We’ve also upped our resources and healthcare tools surrounding smoking cessation programs. I’ve written about environmental “cues” before because that’s a big piece of the cultural puzzle, and simply having “SMOKE FREE ZONE” or “SMOKING FORBIDDEN” sends a message that smoking is not allowed in that culture zone. Our understanding of physical fitness and the role that plays in our holistic well-being has increased since mid-century America. We’ve learned how to better manage and prevent our stress reactions with a deeper understanding of how emotional health can be addressed. We’re living longer, having babies later (and therefore grand-babies), and overall just approaching health from different angles than we did 30-50 years ago.

Douglas County in Colorado had terrible participation in their robust wellness program. Teachers expressed attitudes along the lines of “I can’t be asked to do another thing” or “my focus is on my students and I don’t have time to focus on my own wellness.” The focus and purpose of the original framework was centered on getting the teachers to live healthier lives, build healthier habits, and, consequently, lower massive health spend under the insurance policy. A team of specialists were brought in under the helm of Andrew Sykes from Habits at Work & BRATLAB Research to help make DCSD the healthiest school district in the U.S.

They achieved this by altering the purpose of the program and didn’t even have to change much with the general framework. Teachers love students and by evolving the WHY (purpose) to include the students, families, and community too, it boosted the program to amazing success. Students observe and absorb what adults in their lives are doing. Handing out candy daily as a reward or having a pizza party for classroom celebrations all send a message about what’s acceptable in our culture whether we realize it or not. By transitioning to the “Whole Child Model,” the program became a part of the classroom culture in a way that hadn’t been done before. Classroom meditation and breathing exercises were done together, healthier food education and prep became a part of weekly engagements, and reaching out to the families and community is what wove everything together to make this program so much more successful. We’re stronger together, and I’ve long advocated for wellness to be a part of our culture rather than a side thing we feel is yet another commitment we have to keep up.

This is why education alone isn’t enough for lasting change. I love data just as much as any health nerd, but data doesn’t create lasting change in people. We’ve got to dig deeper and look at our surrounding culture. Are there areas of our culture that could use some nurturing? Are there areas, such as our physical environment, that are harming or enhancing our experiences and habits? There are baby steps we can all take to improve our cultures and understand the profound affect our cultures have on our daily habits. Stay tuned for part 2 where we discuss real world ideas to do just this!

How workplace benefits might reflect the new reality of Covid-19

From Work From Home To Work Near Home: The Beginning Of A New Office Trend